How to Install Memcached on Debian 10

Memcached is simple yet powerful. Its simple design promotes quick deployment, ease of development, and solves many problems facing large data caches. Its API is available for most popular languages.

In this Howto we'll go through the process of installing Memcached on Debian 10 and it's valid for Debian 9 as well.

First things first, let's make sure our server is up to date:

Once we make sure all packages are up to date we'll go ahead and install Memcached by running the following command:

Once we confirm we want to continue by pressing Y it should install memcached and libmemcached-tools, which comes with multiple utilities to help us manage the Memcached server. The installation process should also take care of starting the Memcached service, we can run the following command to verify this:

If all went well it should have started the service and look similar to this:

Memcached is configured to listen on port 11211 by default, let's check to see what service is listening on this port with the following command:

If your server doesn't have netstat installed you can install it by running:

The default setting in the config file located in /etc/memcached.conf will work in most cases, so without making any changes Memcached will be listening on localhost or 127.0.0.1 (as shown on the previous image).

If you wish to allow connections from the outside you'll need to modify the memcached.conf file to listen on the server's external IP as opposed to localhost, for this we'll open /etc/memcached.conf with our preferred text editor: 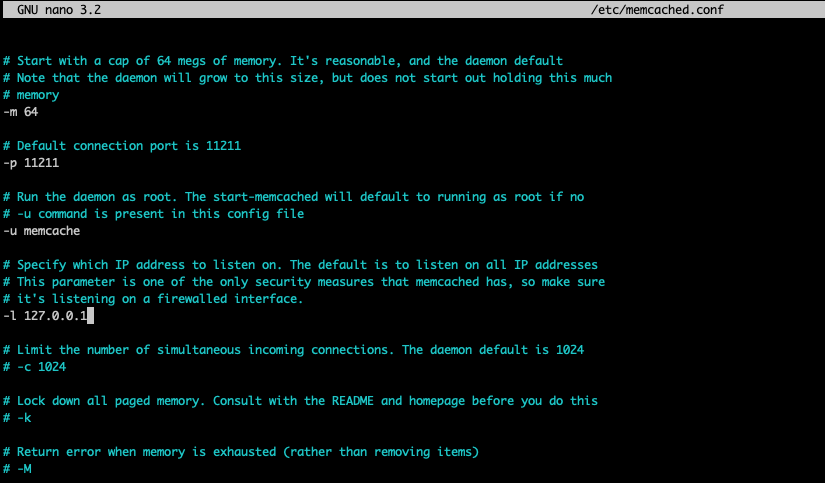 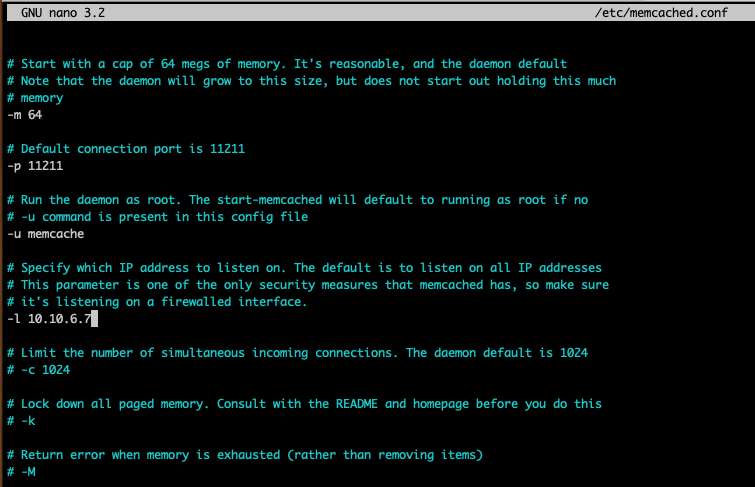 After saving our changes we need to restart memcached so that it starts listening on the external IP we just set:

How to enable Memcached for PHP and Python Applications:

If you wish to use Memcached as a caching database for PHP applications such as WordPress, then we'll need the php-memcached extension, so let's go over how to install it here by running the following command:

We then install the libraries by running:

That's it, you should now have a working Memcached installation on your Debian 10 server.

Here is an easy way to install ownCloud on Debian 7 with a script, but first, for those who...

Nginx has a nice module that not many people know about, it basically enables us...

How to configure NTP client in CentOS

What's NTP? NTP stands for Network Time Protocol, and it is an Internet protocol used to...

Here are some recommendations to setup your VPS or server when you first get it, some of these...

How To Install nginx on CentOS

What is NGINX? Nginx (pronounced "engine-x") is an open source reverse proxy server for HTTP,...